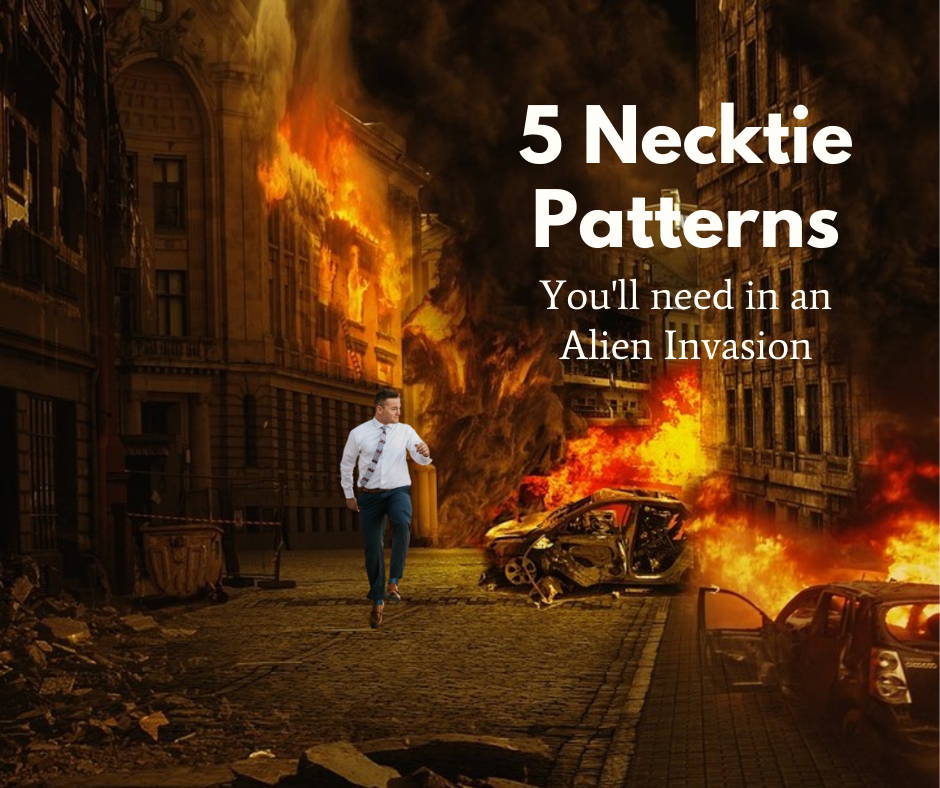 It’s the end of the world.

Tough Ties that is.

So you run into your closet to grab a pair of underwear and 5 neckties.

But which neckties do you grab?

That’s exactly what we’ll cover in this blog post.

It might be the end of the world but that doesn’t mean you should dress like a heathen. Even on the new alien occupied Earth there may be management opportunities. Whether that’s heading up a human testing facility or managing a probe center. Whatever the “position”, you’ll want to look your absolute best, and holding onto a navy polka dot tie, like the Chesapeake, will help you do just that. 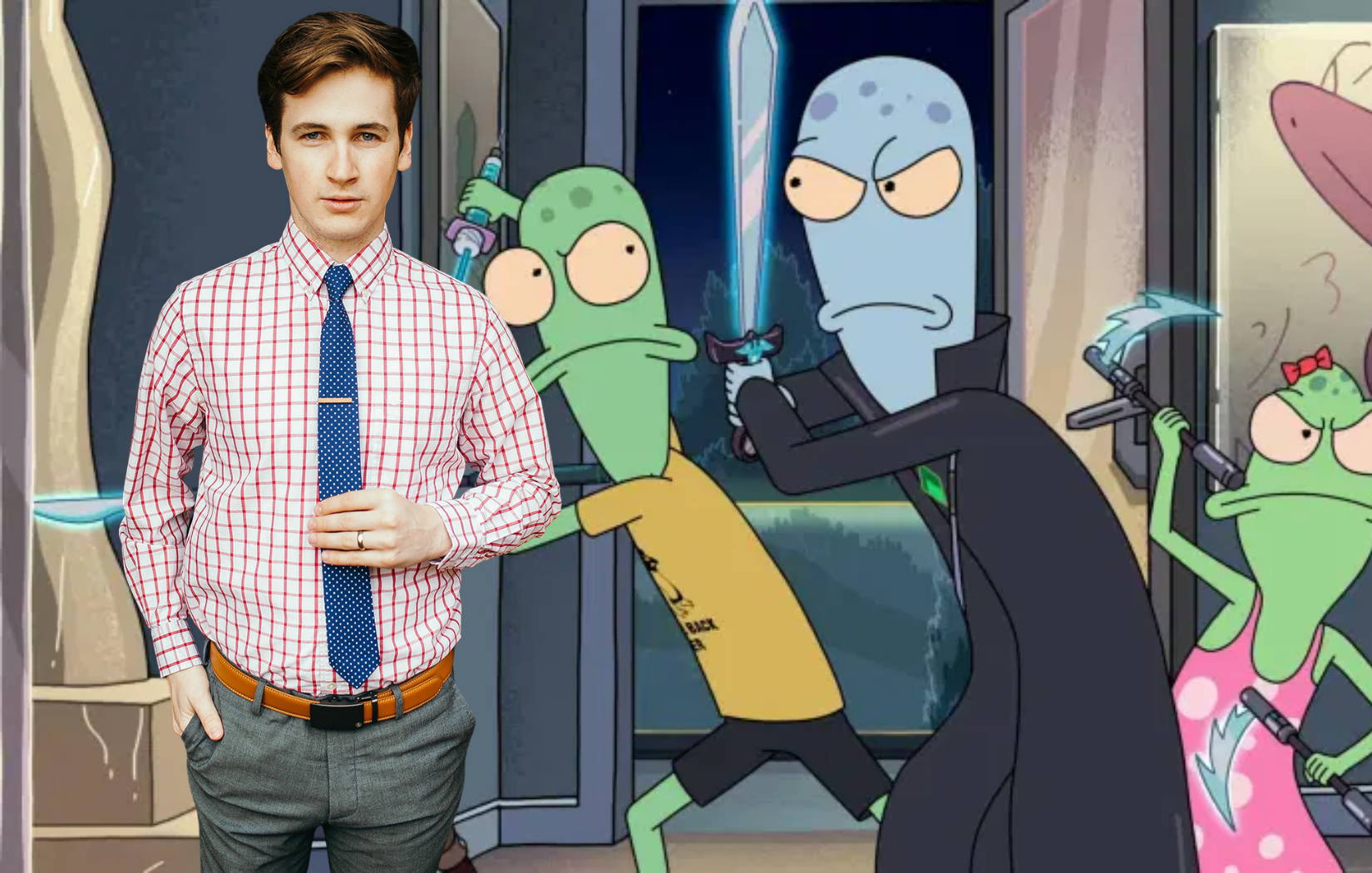 Be careful though. If you rock that same polka tie every day your new intergalactic friends will make you the butt-end of every space joke in the office, and that’s not a pretty place to be. So mix it up with a burgundy striped tie like The Judgement, and maintain the respect of your Martian Co-workers. 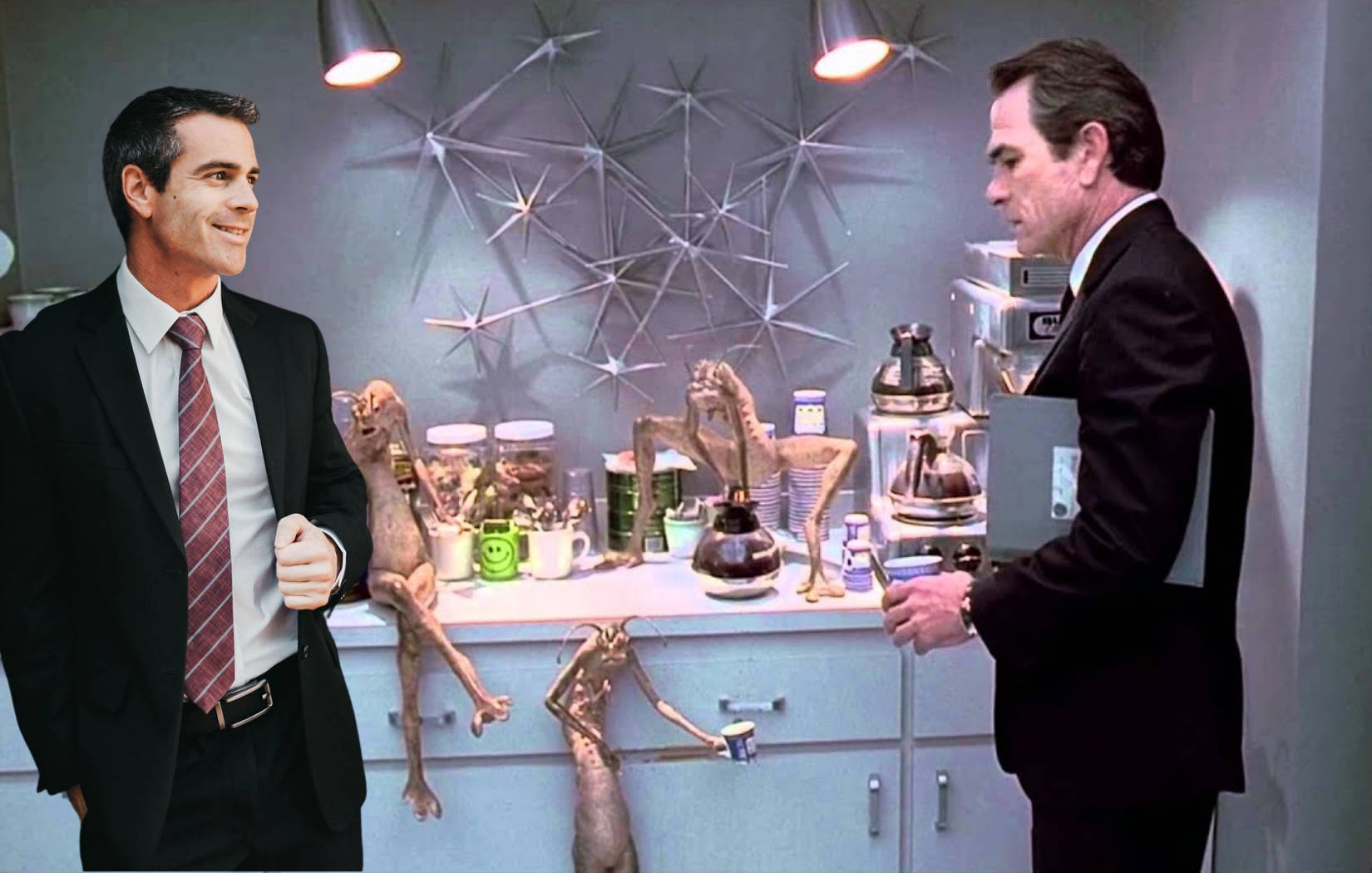 Paisley is one of those patterns that can either elevate your style, or destroy it. Pick a Paisley tie that’s too loud and you may as well have a target on your chest to be laser blasted. Wear one too quiet and people will think you lack confidence. Finding a sophisticated paisley pattern with subtle, yet strong colors is your best bet for impressing ZeeBeb, your new boss at the HRA (Human Relocation Agency). The Pace Tough Tie is Professional enough for ZeeBeb and stylish enough to catch the eye of BLAAAAAAARP, the AR (Alien Relations) gal. Stay on her good side and you’ll get every single PTO request approved. 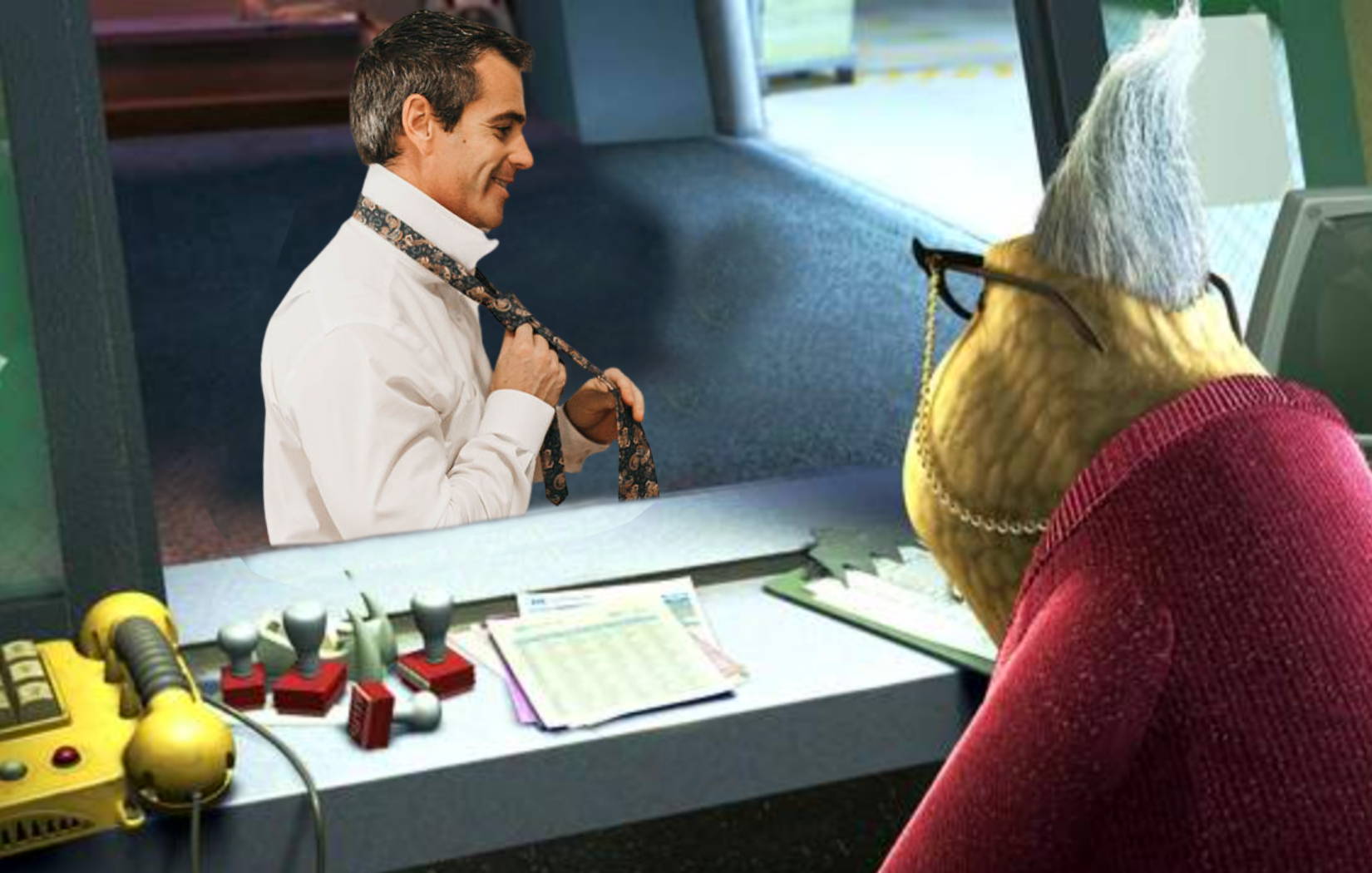 Whether you’re still married to your human wife, or she got vaporized and you’re now married to a Femalien, Women of every species love a good floral tie. It shows that you have a sensitive side beneath all that testosterone and hair. If we had to suggest just one floral tie to rule them all, it’d be our best selling floral tie of all time, The Jones. This subtle and sexy mint green floral tie with soft pink and ivory flowers is incredibly stylish without being too feminine. So whether she’s a Homosapien or some other "sapien", she won’t be able to resist you in The Jones Tough Tie. 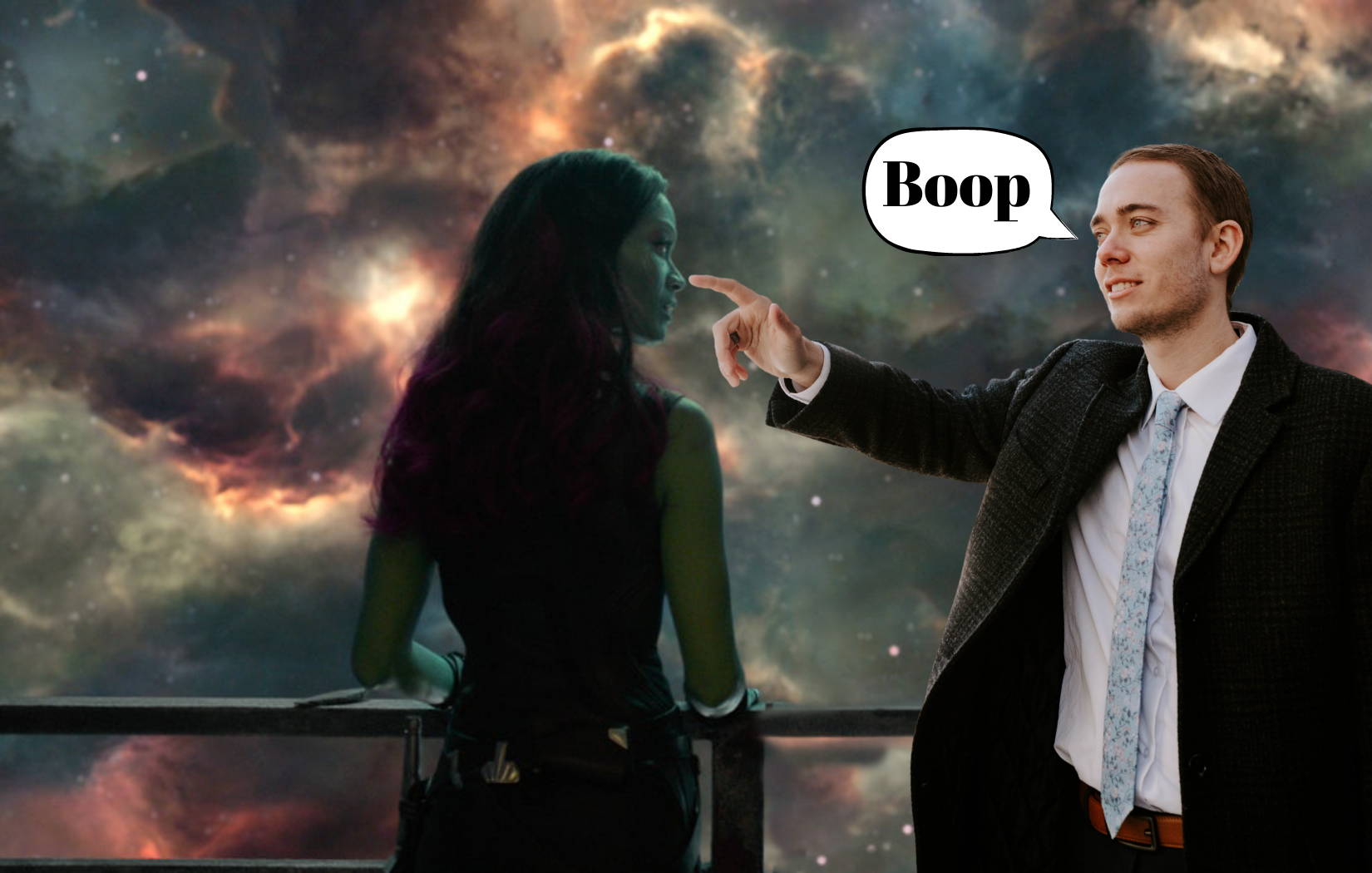 All right, so the Alien Invasion didn’t go as planned and now you’re living in an abandoned Crispy Creme Factory. Unfortunately the delicious smell has worn off and the aliens are onto you. It’s time to leave the Creme and become a Nomad, traveling from one abandoned donut shop to another. And there’s no better Necktie to accompany you on this dangerous journey than The Nomad. Because again, it may be World War 3 but your outfit shouldn’t reflect that. So throw this Aztec beauty around your neck, grab your spear and baker's dozen and embark on that epic journey. 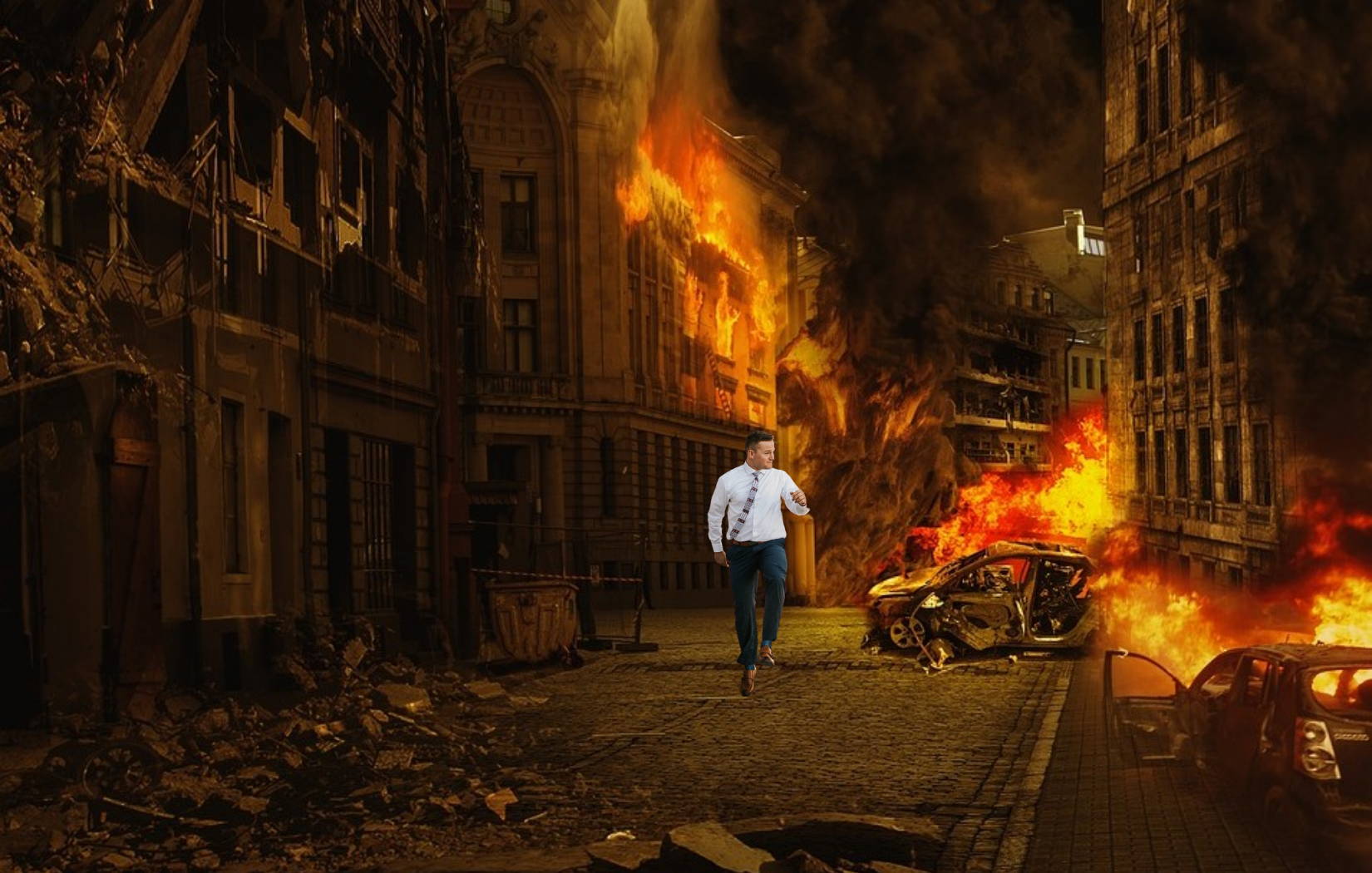 And there you have it. Regardless of what the “new” world looks like you’ll be prepared for literally every single situation you could ever encounter in the new extra terrestrial world you inhabit.

Sign up to get the latest on sales, new releases and more …